From 1936 to 1967, during the Jim Crow era, Black American road-trippers referenced a guidebook, The Negro Motorist Green Book, also known as The Green Book, to identify businesses, including hotels, restaurants, state parks, beauty parlors, and nightclubs, that were nondiscriminatory and welcoming. In Derrick Adams: Sanctuary, this reference material serves as inspiration to reimagine safe destinations for the Black American traveler in an exhibition featuring mixed-media collage and sculpture.

In his continued exploration of Black refuge and leisure, and during a time when uneven law enforcement continues to negatively shape the experiences of Black Americans, Adams also offers a space to reflect on the importance, and at times political act, of having the freedom to go wherever you want.

Adams is a recipient of a Robert Rauschenberg Foundation Residency (2019), a Gordon Parks Foundation Fellowship (2018), a Studio Museum Joyce Alexander Wein Artist Prize (2016), and a Louis Comfort Tiffany Award (2009). His work resides in the permanent collections of The Metropolitan Museum of Art, The Studio Museum in Harlem, the Whitney Museum of American Art, the Virginia Museum of Fine Arts, and the Birmingham Museum of Art.

Derrick Adams: Sanctuary is on view in Gallery 1 and Gallery 3 at the Momentary. 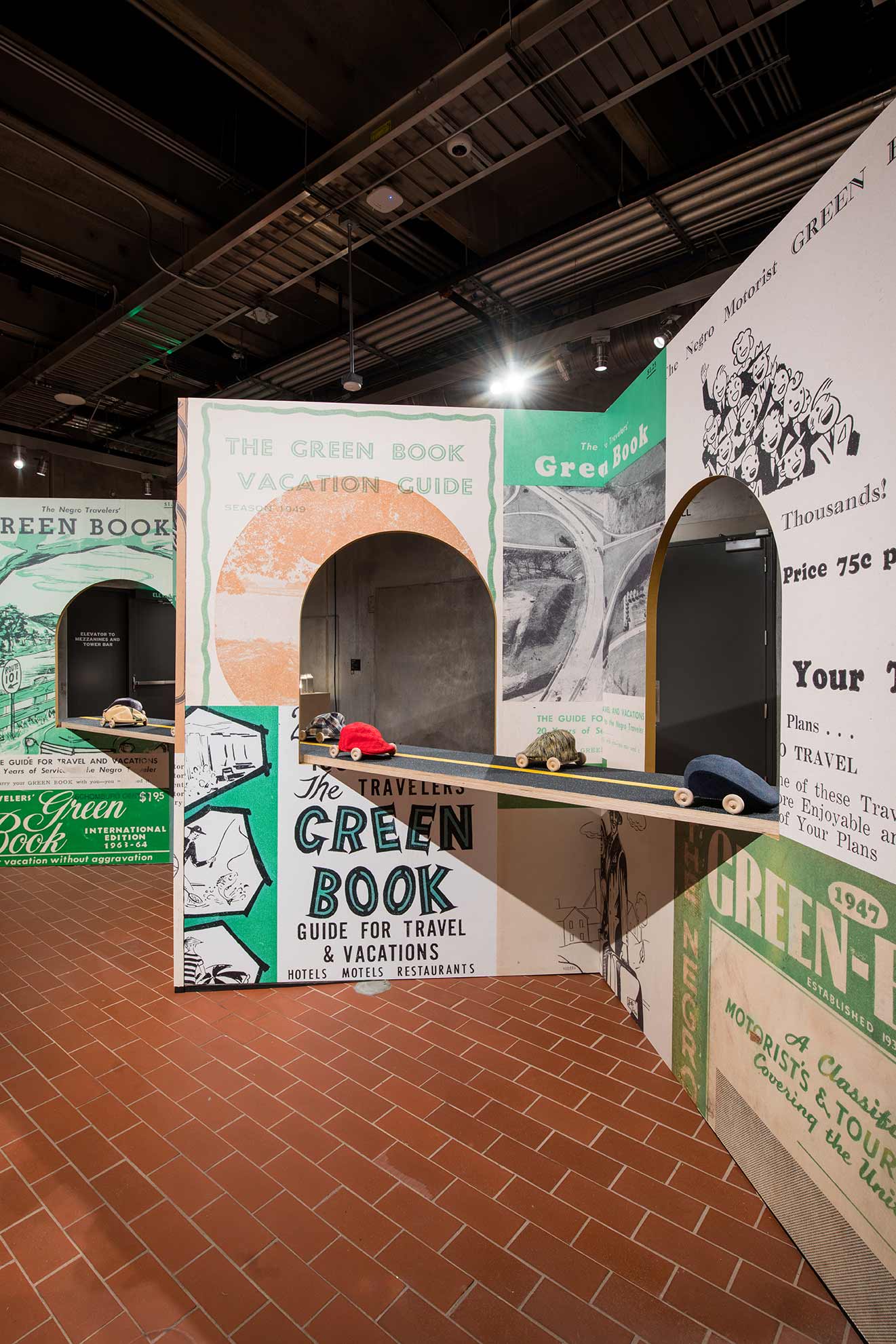 Black travel has come a long way since Victor H. Green initially began publishing The Green Book in 1936. Enjoy a selection of resources that dive into Black American travel and leisure.

Continue to learn about The Green Book this summer.

The Negro Motorist Green Book is made possible through the support of Exxon Mobil Corporation.